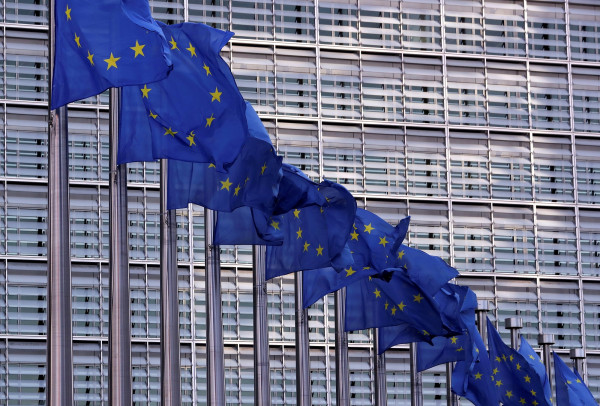 The European Union (EU) is moving ahead with plans to enhance Africa-EU supply chains. Following the Russia-Ukraine crisis and supply disruptions, the bloc has emphasized the viability of Africa’s reserves to meet European demand in which a series of deals signed between Europe and African governments and national oil companies (NOC) are a testament of Europe’s increased focus on enhancing energy relations with Africa. Despite Africa’s position as the ideal partner for the EU, the continent needs its gas resources domestically before they can be utilized internationally. Therefore, a mutually beneficial partnership is necessary, one in which EU member countries scale up investment in African gas.

On April 11, 2022, Eni signed an agreement with Algeria’s Sonatrach whereby the two corporations will increase cooperation on gas development while leveraging the TransMed/Enrico Mattei pipeline to export up to nine billion cubic meters (bcm) of Liquefied Natural Gas (LNG) to Europe. Similarly, on April 13, 2022, Eni also signed a deal with Egypt’s EGAS for the two to jointly conduct exploration activities to increase the country’s gas reserves in existing blocks while targeting new acreage in the Nile Delta, Eastern Mediterranean and Western Desert regions. The deal will also see Egypt expanding gas exports to Europe to three bcm of LNG as from 2022. Meanwhile, in Angola, a declaration of intent for increased cooperation on gas exploration, production and trading was also signed in mid-April 2022, between H.E. Joao Lourenco, President of Angola, and Claudio Descalzi, the CEO of Eni.

With the European Commission expected to kickstart official communications with gas producing countries from Africa and other regions in late May 2022, under efforts to expand energy imports by 50 bcm of LNG and by 10 bcm of pipeline gas to reduce the reliance on Russian energy by two-thirds by the end of 2022, Africa, with its vast gas resources is well positioned to be Europe’s main supplier.

However, despite the potential of Africa’s gas in meeting EU demand, the continent needs to prioritize domestic utilization first. With over 600 million without access to electricity, expanding regional gas trade will be pivotal in kickstarting socioeconomic growth and energy access. Accordingly, the African Energy Chamber (AEC), as the voice of the African energy sector, is supporting the European Commission’s plan to embark on increased cooperation with African countries, however, strongly advocates for Africa to prioritize addressing its own energy demands first.

In this regard, the AEC calls for increased cooperation between Europe and Africa in developing an African gas market, scaling up Africa-directed investment across the entire gas value chain. Projects such as TotalEnergies-led 12.8 mtpa Mozambique LNG project, Mauritania’s 13 trillion cubic feet BirAllah project, and the $13 billion Trans-Saharan Gas Pipeline need to be fast-tracked, with financial and technical aid from Europe improved, as they will play a vital role in enabling Africa to exploit its 620 trillion cubic feet of gas reserves to make energy poverty history.

“While Africa struggles to attract investment to boost its gas exploration, production, exploitation and monetization, the stance by Europe to increase cooperation on energy with Africa presents an opportunity for African countries to boost the development of their gas markets. However, Africa should prioritize the exploitation of its gas to meet its own demand first. If Europe wants to benefit from our gas, they need to invest to boost exploration activities, production levels as well as for the development of infrastructure. This needs to be a win-win situation for both sides,” states Leon van der Merwe, Conference Director for African Energy Week.

The AEC’s premier event for the oil and gas sector, African Energy Week (AEW), which will take place from 18 – 21 October 2022, in Cape Town under the theme “Exploring and Investing in Africa’s Energy Future while Driving an Enabling Environment,” provides a perfect platform for deals such as Eni’s to be discussed, as well as new industry-advancing deals to be negotiated and signed.

About African Energy Week (AEW):
AEW 2022 is the AEC’s annual conference, exhibition and networking event. AEW 2022 unites African energy stakeholders with investors and international partners to drive industry growth and development and promote Africa as the destination for energy investments. Key organizations such as the African Petroleum Producers Organization, as well as African heavyweights including Equatorial Guinea and Nigeria, have partnered with AEW, strengthening the role the event will play in Africa’s energy future.