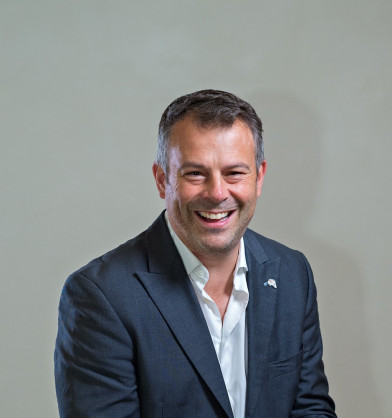 Just four words are needed to sum up the main findings of this year’s African hotel chain development pipeline survey conducted by W Hospitality Group, in association with the Africa Hospitality Investment Forum (AHIF); those words are Egypt, Morocco, Accor and Marriott.

This year’s annual survey, which is widely acknowledged as the industry’s most authoritative source, has, as of Q1 2022, a record 42 global and regional (African) contributors, reporting on a pipeline of hotel development activity totalling around 80,300 rooms in 447 hotels, in 42 of Africa’s 54 countries.

The picture changes somewhat when one looks at rooms being planned as well as those under construction. In this approach, Egypt is the star. It doesn’t just lead the country table, with over 21,000 rooms in 85 hotels in development, up 20 per cent on last year; but it is streaking ahead of the pack. It has almost three times the number of new rooms planned as Morocco, and almost four times Nigeria, which was top of the table for many years. What’s more, with continued signing activity (20 hotels with about 5,250 rooms last year), Egypt now accounts for over 25 per cent of the total hotel development pipeline. Morocco has 7,209 rooms in development, spread across 50 new hotels; Nigeria has 5,619 rooms in 33 hotels, Ethiopia has 5,206 rooms spread across 29 hotels and Cape Verde has 4,639 rooms in 17 hotels. The next five places are taken by Algeria, 3,202 rooms, Kenya, 3,155 rooms, South Africa, 3,133 rooms Tunisia, 2,918 rooms and Senegal 2,693 rooms.

Notably, four out of the five North African countries are in the top ten; and the top ten countries represent 67% of the total hotels, and 74% of the rooms, in the survey.

While Africa’s hotel development pipeline is at its strongest ever, 80,291 rooms being planned or constructed, the top-line number masks a reduction in Sub-Saharan Africa, where there has been a greater amount of hotel investment in recent years. Of the six sub-Saharan countries in the top 10, only Cape Verde has seen an increase in planned rooms, 33%, whilst the “power houses”, Nigeria, Ethiopia, Kenya and South Africa have between them seen a decline of 29%; Nigeria is down 41%. There are three main reasons for the reduction: fewer new opportunities in the region; opening of some 2,700 rooms in 15 hotels last year, and a pipeline “cleansing” which the hotel chains do periodically to remove various projects which are unlikely to go ahead.

Trevor Ward, Managing Director, W Hospitality Group said: “The chains anticipate that 200 new hotels are expected to open this year and next, although their expectations can sometimes be over-optimistic! After a positive trend in 2019, the actualisation of hotel deals (ie: the proportion that actually opened, compared to what the chains expected to open) was less than 30 per cent in both 2020 and 2021 – however, that was quite understandable with pandemic travel restrictions killing the demand for hotel rooms.”

Trevor continued: “I am not surprised by the slow-down in the number of deals signed in sub-Saharan Africa, as the past couple of years have seen not only the pandemic, making it more difficult to travel and meet new partners, but also less appetite from investors for major markets such as Ethiopia, Nigeria and South Africa. However, what does surprise me is that the majority of investment is going into upscale, upper upscale and luxury hotels, when there is very strong demand across Africa for decent quality branded budget and midscale hotels.”

Matthew Weihs, Managing Director of The Bench, which organises AHIF, concluded: “While the hospitality industry has just been through the bleakest period in my professional career, it is fascinating to see that the pandemic has done nothing to dent long-term investor confidence in hospitality. If anything, the savviest financiers have seen it as an opportunity. They have been encouraged by enlightened governments, such as Morocco’s, which have spent $ billions on new infrastructure to incentivise investment in tourism. What’s more, judging by our other conferences this year that have sold out, we are seeing how keen people are to travel again and how valuable it is to meet face to face, rather than over a video link. I am confident that when AHIF takes place on 2-4 November, in Taghazout, close to Agadir, we will see the atmosphere buzzing, with highly productive networking and with more deals announced than ever before.”

An update to the pipeline development survey, along with in-depth insights, will be presented by Trevor Ward at AHIF. The event is the leading conference of its kind in Africa, connecting business leaders and fuelling investment in tourism projects, infrastructure and hotel development across the continent.

Distributed by APO Group on behalf of Bench Events.

About W Hospitality Group:
The W Hospitality Group, a member of Hotel Partners Africa, specialises in the provision of advisory services to the hotel, tourism and leisure industries, providing a full range of services to clients who have investments in the sector, or who are looking to enter them through development, acquisition or other means. In sub-Saharan Africa W Hospitality Group is regarded as the market leader due to the market and financial expertise of its staff, its worldwide knowledge, and its commitment to its clients.  In Africa, W Hospitality Group has to date worked in 40 countries on the continent, from its Lagos and Addis Ababa offices.

About the Africa Hospitality Investment Forum (AHIF):
AHIF is the premier hotel investment conference in Africa, attracting many prominent international hotel owners, investors, financiers, management companies and their advisers. It is organised by The Bench (www.thebench.com), which has a long track record of delivering multiple premium hotel investment conferences and forums across Europe, the Middle East, Africa, Asia and Latin America. The Bench’s mission is enabling prosperity by facilitating growth, networking, and thought leadership in the hospitality industry worldwide. www.TheBench.com.