Listen to the soundbite

The Symposium of Episcopal Conferences of Africa, and Madagascar (SECAM) (www.SECAM.org), the association of Catholic Bishops of Africa, Madagascar, and the Islands, has elected His Eminence Richard Kuuia Baawobr of Ghana as its new President. 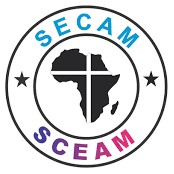