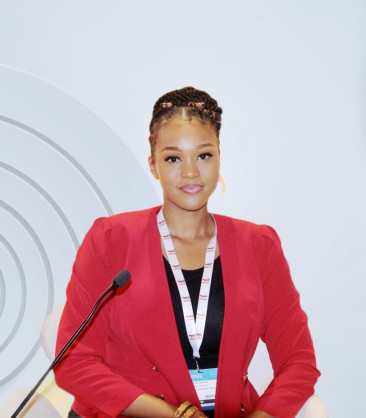 Energy Capital & Power (ECP) (https://EnergyCapitalPower.com/) is proud to announce that the esteemed Cany Jobe, Director of Exploration and Production at The Gambia National Petroleum Corporation (GNPC), will speak at the MSGBC Oil, Gas & Power Conference & Exhibition (https://bit.ly/3brzJt2) in Senegal from 1 to 2 September this year.

All parties are set to present at the west African NOC Forum on the conference’s first day of programming, straight after Senegal’s President, H.E. Macky Sall’s keynote address.

Cany has over 14 years’ experience in oil, gas and renewable engineering from across West Africa, South America, East Asia and Australia, spending the most of these years with the GNPC. Jobe’s roles ranged from Petroleum Engineer, Secretary of the Board of Directors, Manager in various roles  to her current role as Director of Exploration and Production. In this position, Jobe oversees national implementation of high-value exploration activities via NOC-international oil company joint ventures, as per the Gambia’s Petroleum Exploration, Development and Production Licensing system.

With a licensing round underway and direct negotiations open for other blocks, The Gambia’s promising early-phase energy sector has included key oil majors exploring in the country. Thus, Jobe’s insights at the NOC Forum regarding The Gambia’s new blocks on the market, together with future expansion plans and industry insights, are of crucial value. This is particularly true given Jobe’s considerable expertise in early-stage project development and resource valorization.

The GNPC Director holds a Master of Engineering in Oil and Gas from the University of Western Australia, an MSc in International Project Management from Glasgow Caledonian University and a BSc in Materials and Mineral Resources Engineering. Cany is a member of the Society of Petroleum Engineers and Association of Project Managers; an alumnus of the prestigious Commonwealth Award; Australia Development Award; Mining for Development Award; Trust Bank’s Excellence in the Millennium Award.

She was listed as one of 100 Outstanding Female Executives in Oil & Gas (African Shapers 2021) and most recently bagged SAIPEC Winning with Women 2022 Award for inspirational leadership in the industry.

Recognizing that gender bias and exclusionary practices towards women remain a perennial issue in the hydrocarbons industry, the MSGBC conference facilitator, ECP will also host a ‘Women in Energy Lunch,’ set for the first day of programming. The session brings together the top female leaders in the energy sector for a solution-oriented session, producing actionable measures which firms may consider using to level the gender playing field and remedy imbalances. Examples of current energy sector gender discrepancies include the fact that male employees currently fill 83% of senior and executive-level roles and 99% of CEO positions within energy companies.

ECP’s International Conference Director, Sandra Jeque adds that, “Cany Jobe’s speaking role in the MSGBC Oil, Gas & Power Conference 2022 is both prescient and apt. Not only is Jobe a front of information on The Gambia’s extremely promising hydrocarbons developments and upcoming block licensing, she is a leading light in liquefied natural gas engineering from her work in Australia and a shining example for women in energy.”

Distributed by APO Group on behalf of Energy Capital & Power.

About the MSGBC Oil, Gas & Power 2022 conference:
Under the patronage of H.E. Macky Sall, President of the Republic of Senegal, MSGBC Oil, Gas & Power will once again take place in Dakar, Senegal, with the event serving as a catalyst for investment and multi-sector development in 2022. To find out more visit MSGBCOilGasandPower.com or contact [email protected]