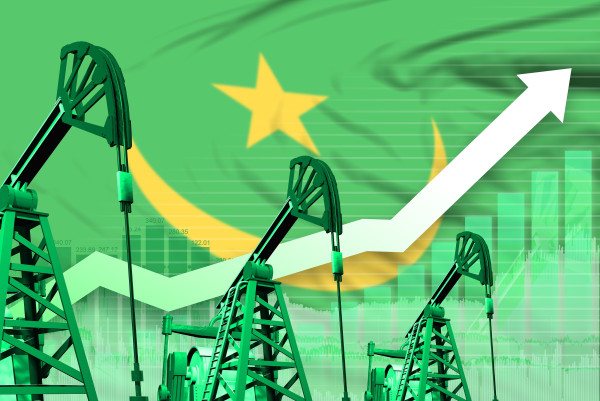 Previous gas discoveries in Mauritania coupled with efforts by the government to make gas central to driving economic growth and poverty reduction have positioned the northwest African country as an emerging global gas hub.

Since the 2014 discovery of gas by U.S firm Kosmos Energy, Mauritania has emerged as a new playground for exploration with bp, TotalEnergies and Shell launching exploration activities which have led to significant discoveries and further interests by the gas majors to expand investment across the market. Discoveries such as the 15 trillion cubic feet of gas reserves made by bp and Kosmos Energy on the maritime border of Mauritania and Senegal, which have led to the development of the $4.8 billion Grand Tortue Ahmeyim (GTA) Floating Liquefied Natural Gas (LNG) project whose first phase will produce up to 2.5 million tons (mtpa) of gas per annum, are a game changer to Mauritania’s energy market.

With the Final Investment Decision for phase two and three of the GTA project being finalized, Mauritania’s gas sector is well positioned to cater for both its local energy needs while also supplying regional and global energy demands. bp says it will be able to produce 10 mtpa of LNG for a period of 30 to 50 years at the GTA once the three phases are completed, highlighting the significance of Mauritania’s gas market in ensuring energy reliability across the globe for years to come.

Meanwhile, with the government set to release its gas master plan, encouraging gas developments onshore in the Taoudenni Basin and seeking investments to develop refineries, an opportunity has arisen for the country to exploit its gas resources to address energy poverty while also reducing the country’s reliance on energy imports from neighboring countries.

Moreover, Mauritania is currently negotiating exploration licenses for 19 offshore blocks to boost its energy capacity and seeking investment for the development of pipelines and port infrastructure to monetize the country’s gas reserves. Mauritania’s plan to enhance its maritime and logistics by making the port city of Nouadhibou into a gas processing, import and export hub, is a huge step towards these goals. With Europe seeking alternative gas suppliers to reduce its reliance on Russian gas, Mauritania’s strategic location and close proximity to Europe makes the country an ideal energy partner for the European Union, creating new opportunities for the country to improve the gas monetization for economic growth.

“Mauritania is set to become a major player in the global natural gas supply chain with projects such as the GTA and the BirAllah making progress. Having prioritized frontier exploration and reforming its regulatory environment to create a more business friendly climate for foreign companies, the country is set to see an influx in new investment that will help kick start its gas revolution. In 2022, and at the continent’s premier energy event, African Energy Week (AEW), we look forward to seeing new deals being signed that will fast-track Mauritania’s gas development,” states NJ Ayuk, Executive Chairman of the African Energy Chamber (AEC).

AEW 2022, which will take place from 18 – 21 October 2022 in Cape Town under the theme, “Exploring and Investing in Africa’s Energy Future while Driving an Enabling Environment,” will discuss how Mauritania can fast track projects such as the GTA and the BirAllah to accelerate the growth of its energy market to improve electrification while accelerating socioeconomic growth. AEW 2022 will host panel discussions and high-level meetings to discuss the role African gas plays in both the continent’s and the world’s energy future.

About AEW:
AEW 2022 is the AEC’s annual conference, exhibition and networking event. AEW 2022 unites African energy stakeholders with investors and international partners to drive industry growth and development and promote Africa as the destination for energy investments. Key organizations such as the African Petroleum Producers Organization, as well as African heavyweights including Equatorial Guinea and Nigeria, have partnered with AEW, strengthening the role the event will play in Africa’s energy future.