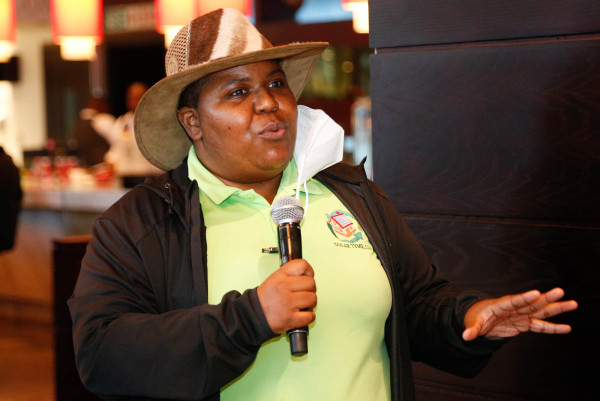 Solar Tyme USA, a Georgia-based solar installation and development company, has announced plans to raise new investments worth $1.75 million for the construction of a 200 KW solar microgrid power plant in Kumala and 50 KW solar system power plant in Liro, Sierra Leone. The two projects have been sanctioned by local and state government representatives, following the signing of a Memorandum of Understanding with the Ministry of Energy last December. With $100 million worth of clean energy projects in its pipeline, Solar Tyme USA is currently expanding its operations across the African continent. Energy Capital & Power (www.EnergyCapitalPower.com) has a mandate to raise funding for the Sierra Leone microgrid projects, and invites all interested parties to contact us at [email protected]

The U.S. solar provider will install and operate the two projects on an Independent Power Producer and Build-Own-Operate basis, delivering and selling electricity produced to the respective communities through an offtake agreement. The Georgia-based firm is in the midst of an ambitious expansion across Africa, with $100 million worth of projects in its pipeline, including another solar farm in Sierra Leone and 12 microgrids in Kenya.

Last December, Solar Tyme USA signed a Memorandum of Understanding with Sierra Leone’s Ministry of Energy for the microgrids. The company has also received robust support from the Ministry of Agriculture, as the electricity generated will be used to power commercial-scale farming in the area, which in turn will generate local income to help pay for the electricity.

“Solar Tyme intends to be the leading provider of clean, affordable and reliable power to local communities, who have expressed both a willingness and a capacity to pay for connectivity. Our projects are community-focused and economic development-driven, with the electricity supplied directly to households on a prepaid basis. Feasibility studies have already been undertaken on-site in Kumala and Liro, with requisite power supply estimated at 250 KW between the two villages, and negotiations have commenced with the paramount chiefs,” stated Eric Jalloh, Chief Operating Officer of Solar Tyme’s Sierra Leone branch.

Solar Tyme USA is seeking financing (debt or equity) for the construction of the solar microgrids and power plants. Notably, the two projects could offer carbon credits for foreign investors, as well as investment tax credits for U.S. investors. They provide the opportunity to invest in a socially and environmentally valuable initiative as part of an investor’s ESG program.

“In addition to being a fantastic opportunity to empower rural communities, these projects offer significant tax incentives for global investors. Our mission is to deploy clean and sustainable energy solutions while generating a robust rate of return, which we estimate at around 10-12% for these two projects. Solar Tyme is looking for investors with whom we can grow and partner with on the series of renewable projects that we have slated for 2022,” stated Jonnell Minefee, Managing Partner of Solar Tyme USA.

Energy Capital & Power has a mandate to raise funding for the Sierra Leone microgrid projects, and invites all interested parties to contact us at [email protected]

Distributed by APO Group on behalf of Energy Capital & Power.